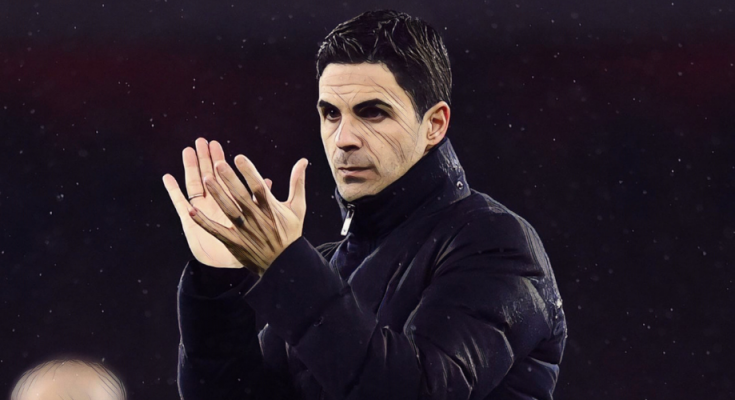 Mikel Arteta says he is ‘expecting’ transfer movement at Arsenal in January and has discussed Pierre-Emerick Aubameyang’s continued absence from the side.

Arsenal have been tipped to enter the transfer market in the January window for reinforcements, with outgoings anticipated and a number of players departing for Africa Cup of Nations duty.

The Spaniard has confirmed that the Gunners are expecting business this winter, but admitting January is often a ‘very complicated market’.

“We are expecting some activity because of a few players, and we have a few loans that hopefully we will have to complete,” Arteta said ahead of this weekend’s clash with Manchester City.

“But it depends, as we all know it’s a very complicated market, and it’s a short window, so we’ll see what happens.”

Arteta also opened up on the continued absence of Aubameyang, who has not featured since being removed as club captain following a disciplinary breach.

Arsenal have won four consecutive league fixtures in the Gabon international’s absence and Arteta was asked whether his decision to drop the forward had been justified.

“For me it’s not about being right or wrong it’s about making the decision that you believe and deal with the consequences of what you are asking to do and I made that decision and as I said, it will go game-by-game,” said the Gunners boss.

Aubameyang was allowed to leave early to join up with Gabon for the Africa Cup of Nations and Arteta says his situation back at club level will be addressed on a ‘game by game’ basis.

“We had a letter from the national team asking permission to get the player and the player wasn’t going to get involved today so, for his fitness and to keep competing, it was the right thing to do.

“At the moment he has gone (to AFCON). He needs to focus on the national team, and we had the conversation that was the best possible way to do it. I said before, we will address (his situation) game by game.”