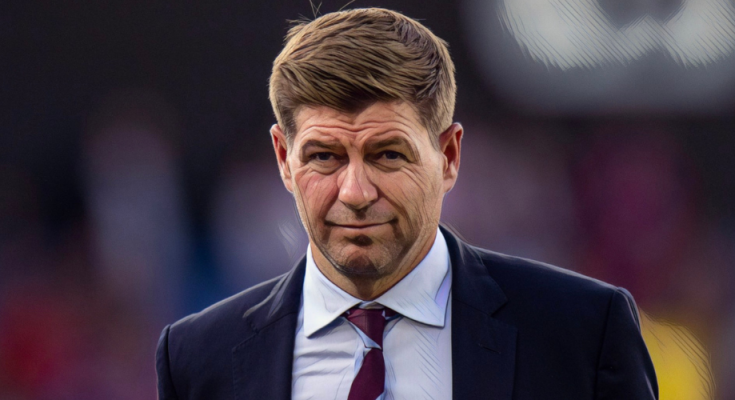 After a 1-0 defeat to West Ham, pressure is mounting on Steven Gerrard. Upon his appointment as Aston Villa manager in November 2021, there was widespread excitement to witness how the Englishman would build upon his tremendous success at Rangers — where he lifted the Scottish Premiership and ended Celtic’s league dominance — with an upwardly mobile Premier League club.

That excitement has been tempered by Villa’s underwhelming start to the season and their disappointing 14th-place finish last year. It has some fans questioning whether Gerrard was the right appointment and where the club is heading under his tutelage.

At Rangers, Gerrard was immensely successful in galvanising the players and fans to buy into his vision for the club. Much of his impact came from enhancing the team in terms of its training regiment and raising the standards of player and club performance. The degree to which Rangers had fallen behind Celtic gave Gerrard numerous means through which he could exert his influence on the club.

Gerrard found none of the same issues at Aston Villa, which is to be expected by a Premier League club. As such, the force of his impact is restricted to his coaching influence on the pitch and his image as an icon of the division and upcoming manager – not in his capacity to drive the upliftment of the club as a whole.

Without the space to make the kind of overarching impact he had at Rangers, Gerrard’s shortcomings tactically have become more exposed. He has been almost dogmatic in his use of the systems that served him well at Rangers: the 4-3-2-1 and the 4-4-2 diamond.

Both these systems have a narrow frontline to overload central areas and provide a number of options for the team to combine through the middle. The proximity between the front players also enables for significant positional fluidity as well as a strong defensive posture, as the opposition can struggle to play through the middle of the pitch, especially in the first phase of build-up. These advantages enabled Rangers to dominate games and create high volumes of chances against deep-sitting defences.

Aston Villa, though, exist in a different context to Rangers. They are not among the dominant clubs in their league and often face teams with a more aggressive defensive stance who are better prepared to attack Villa on the counter.

"Arsenal were in this situation themselves 12 months ago…"

Aston Villa boss Steven Gerrard says the clubs 'difficult start' to the season is on 'his shoulders' 🟣⬇️ pic.twitter.com/uDEc9kQSFG

Given the narrowness of the frontline, Villa’s fullbacks are asked to take especially high and wide positions, leaving the wide channels exposed to opposition attacks. It’s noteworthy that as more teams in the league are either using a back five or using inverted fullbacks to protect themselves against counters, Gerrard seems wedded to a system that sacrifices wide defensive security in transition for central superiority in possession.

The other tactical flaw in Gerrard’s coaching seems to be a lack of willingness to make in-game changes when required. At Rangers, his main changes before and during games were to do with personnel. This was especially true in the front line, as attacking midfielders of different qualities would be utilised to suit Rangers’ needs. Villa have invested heavily in their squad and do boast significant attacking options, but confined to the same system, their different strengths can only make so much impact upon the team.

He seems unable to make changes to the system itself, often unable to react to the tweaks of opposition managers and costing Villa points as a result. At West Ham over the weekend, when David Moyes switched the team’s shape from a back five to a back four in the second half, Villa’s attack was utterly stunted. Their compact central shape made West Ham constrict the space centrally even further, denying Villa their main and seemingly only mode of consistent chance creation.

Gerrard continues to experiment with different line-ups and combinations of players, but fundamental issues with his coaching remain.

With assistant coach Michael Beale leaving for QPR, Gerrard must now shoulder more of the tactical responsibility than he once did. Beale was widely credited as the mind behind his Rangers’ triumph, the person who enabled the nuances of their unorthodox system to function. Gerrard is now being asked to perform a wider array of functions as a coach and he is seemingly struggling to perform.

Beyond his tactical limitations, Gerrard has repeatedly called out players publicly in interviews and press conferences, antagonising certain members of the squad. The decisions to strip Tyrone Mings of the captaincy and bench him are the kind of choices that may do more harm than good to squad harmony. That sort of confrontational approach makes it hard to sustain long-term buy-in from his players, mounting pressure on him as results continue to underwhelm.

It’s important to note that Gerrard did make noticeable improvements upon the team last season. He took them from having the 15th highest non-penalty xG differential before his arrival to the 9th best, a fairly significant improvement in both defence and attack over a relatively short space of time.

The counter to that is that the return of injured players, as well as the January additions of Callum Chambers, Lucas Digne and Philippe Coutinho, gave Aston Villa better players to attain better results. Gerrard’s pull as a name in football was no doubt a factor in developing that squad, but if results don’t improve, that appeal will falter quickly.

Gerrard tangibly improved Aston Villa last season, but the nature of that progression remains uncertain in the future. Many of the improvements in the team can be attributed to acquiring a higher calibre of talent, yet Gerrard’s lack of tactical flexibility and confrontational man-management style risks squandering it.

He is yet to complete a year in the job and given his general inexperience in management, he deserves time to flesh out a vision for the side. Whether that can materialise fast enough to secure his position as head coach remains to be seen.