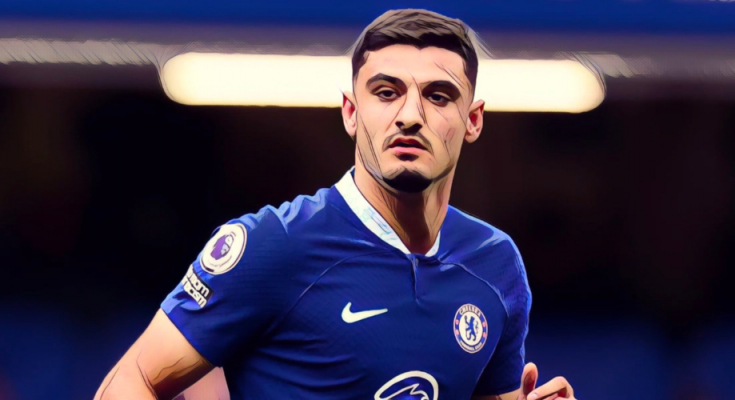 Chelsea have decided that Armando Broja is ‘transferable’ amid interest in the forward from AC Milan.

Broja was subject of transfer interest from a number of Premier League clubs during the summer but instead signed a new long-term contract at Chelsea earlier this month.

The 21-year-old spent last season on loan at Southampton and impressed, scoring nine goals in all competitions, before returning to Stamford Bridge.

West Ham came close to agreeing a deal to sign Broja on a permanent basis, though former manager Thomas Tuchel decided against his sale given Chelsea’s lack of options at centre-forward.

However, the Daily Express are reporting that Graham Potter is open to his exit with AC Milan interested in a deal for the Albania international.

The Italian champions are looking to freshen up an ageing forward line at the San Siro with Zlatan Ibrahimovic (40) and ex-Chelsea forward Olivier Giroud (35) among the club’s current forward options. Broja is viewed as an attainable and affordable option for the Rossoneri, who believe a fee in the region of £27m will be enough to secure a deal.

Broja has featured for just 72 minutes in the Premier League this season, across four substitute appearances.