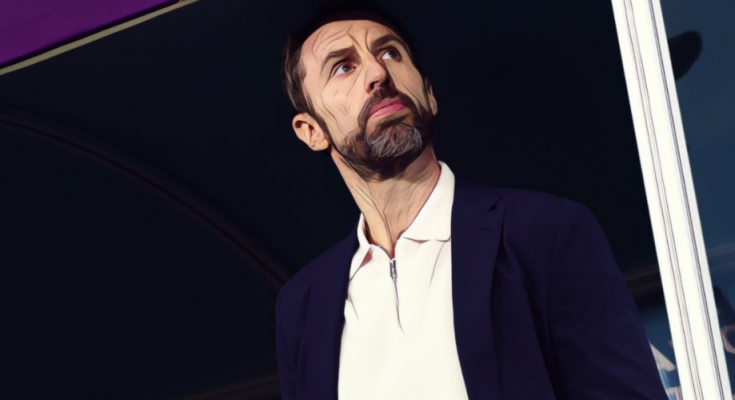 Gareth Southgate has revealed why he has spent last time on the touchline during England’s World Cup campaign in Qatar.

Southgate has spent noticeably less time in his technical area during England’s group stage campaign, with the Three Lions manager preferring to watch the games from the dugout rather than the touchline.

He has opened up on that decision and explained the intention for a more withdrawn role, insisting he has faith in the players to execute the game-plan without constant coaching through every moment.

“I got into a bit of a habit during Covid of standing out there because you felt they needed more encouragement at the side of the pitch without the fans,” Southgate told a press conference.

“But I’m happier just biding my time and taking my moments really, I don’t really need to be playing every ball for the players, I trust them and it has been nice to sit and watch a little bit more.

“In the modern game you see quite a lot going on at the side of the pitch. Look, it won’t be for some but I don’t feel that I need to be out there to play every ball with them.

“They know what they are doing, they are prepared, they know I’ll be there when they need me and also we have got the monitor where we can watch everything with a slight time delay if things happen when you’ve got to make some tactical decisions.”

England next take on African champions Senegal in the Round of 16 on Sunday. It will be a first-ever meeting between the two nations.