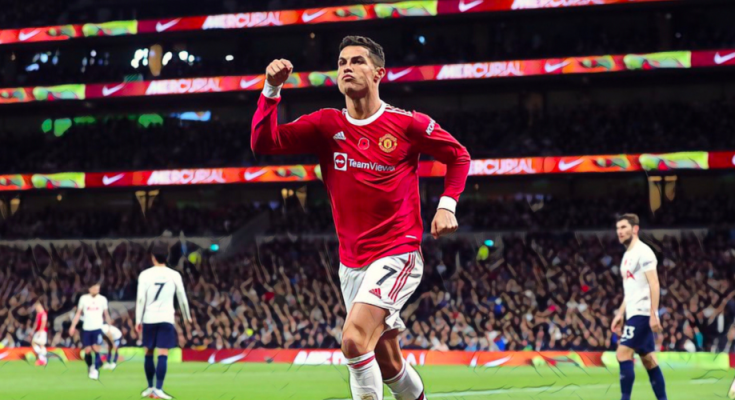 Manchester United eased the pressure on under-fire boss Ole Gunnar Solskjaer by beating a poor Spurs side 3-0 at the Tottenham Hotspur Stadium this evening.

Spurs boss Nuno Espirito Santo is also a man being widely questioned and the majority of the opening period was a dire spectacle played out by two teams in poor form.

However, in the 39th minute, Cristiano Ronaldo sparked the game into life with a moment of world-class quality, the Portuguese superstar firing a lethal volley in from a tight angle following a Bruno Fernandes pass.

Nuno has always been an unpopular appointment with large sections of the Spurs support and the former Wolves coach was widely booed ten minutes into the second half when he decided to withdraw Lucas Moura and replace him with Steven Bergwijn.

The home side lacked composure in possession all day and in the 64th minute Fernandes robbed Olivier Skipp of the ball in the centre of the park and laid it off to the onrushing Ronaldo. The 36-year-old first beat his man before slipping it through to the impressive Edison Cavani who dinked it over Hugo Lloris expertly.

Substitute Marcus Rashford would put some extra gloss on the scoreline for Manchester United with four minutes left to play, the young English attacker latching onto a Nemanja Matic through ball and arrowing a fine finish into the bottom corner.

Following United’s recent defensive frailties, Ole Gunnar Solskjaer opted to go with a 3-5-2 formation with Ronaldo and Cavani leading the line together and the United boss gave an insight into his decisions.

“Excellent. In the first six or seven minutes, we let them have too much of the ball. But the experience came through. It was the oldest team I’ve picked for Manchester United and it was time for it,” Solskjaer told Sky Sports.

“I’ve been here three years as manager and Tuesday’s training performnace by Edinson Cavani is the best performance anyone has put into a training session here. The old men led from the front.

“They play well together. They have loads of respect for each other. The work-rate and quality they put in is second to none.

“The [players] play for the club no matter what. It’s not about me. It’s about us improving as a group.”

Today’s win sees United move up to fifth in the table, with the Old Trafford outfits next game a crunch Champions League encounter away to Atalanta in midweek, before a Manchester derby against Man City next weekend. 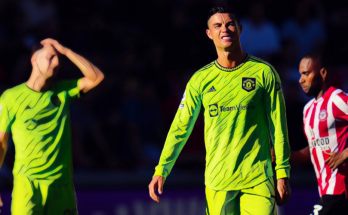