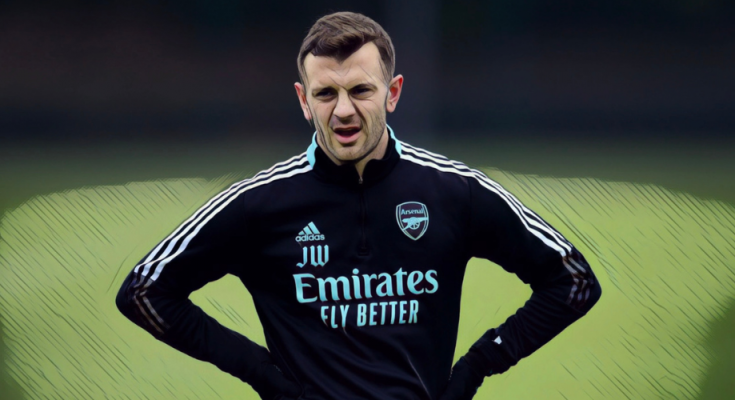 Arsenal have opened talks with Jack Wilshere over a potential return to the club in a coaching role.

The north London side are in the process of recruiting for roles with the club’s academy sides, having lost u23 head coach, Kevin Betsy, and u18s equivalent, Dan Micciche, to League Two side Crawley Town earlier this month.

The Evening Standard are reporting that Wilshere has held talks with former teammate and academy manager Per Mertesacker about the vacant roles.

Wilshere is considering the next step in his career after leaving Danish side AGF at the end of his short-term deal with the club, with the 30-year-old to contemplate both playing and coaching opportunities.

The former England international has discussed his desire to move into coaching after failing to reach his potential as a player, though faces competition for the vacant roles at Arsenal from a number of highly-regarded internal candidates.

“I think I would love to go back to Arsenal and coach, once I have fully made that decision,” Wilshere said last month when discussing his post-playing career, as per the Evening Standard.

“When I went back to Arsenal I was coaching every day with the under-18s and 23s, I loved every minute of it. I really enjoyed being back on the pitch and coaching.”

Wilshere made 197 appearances for Arsenal after coming through the club’s academy system and returned to train with the Gunners last season as he maintained fitness and looked for a new club.