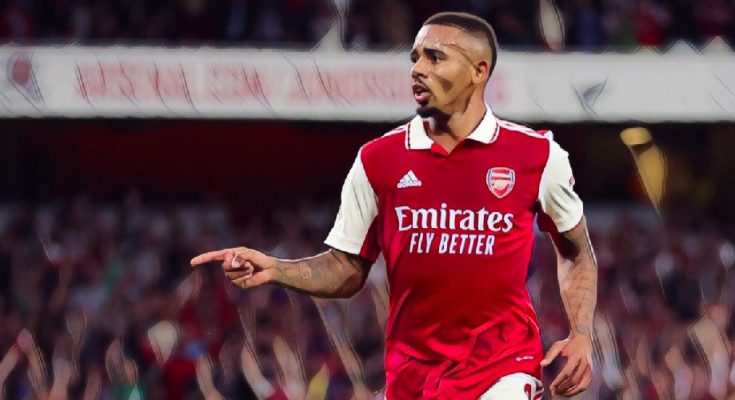 Arsenal continued their perfect start to the season after putting in a terrific performance to beat Aston Villa 2-1.

The Gunners came into the game at the top of the early table and the only side in the Premier League yet to drop a point, and came up against an Aston Villa side who have won just one of their last eight league fixtures stretching back to last season.

It was a lively opening at the Emirates, with Arsenal creating a number of early chances, with former Gunners ‘keeper Emi Martinez making a couple of vital saves as Villa came under some intense pressure at the back.

The hosts continued to pile on the pressure as Villa were forced to defend for their lives, and that pressure finally told in the 31st minute. Granit Xhaka’s deflected shot from the left side of the box wasn’t dealt with well by Martinez, who spilled the ball into the path of the in-form Gabriel Jesus who gratefully fired home his third goal for his new club.

Arsenal were excellent in the first half, and the only surprise was that they went into the half-time interval with only a one-goal lead, and having continued to dominate after the break, the Gunners were made to pay for missing their chances with 15 minutes to play, as substitute Douglas Luiz scored directly from a corner.

The Gunners have, however, shown a new-found character and strength this season, and they displayed it once again as they immediately got themselves back in front. Bukayo Saka floated the ball across the box to pick out Gabriel Martinelli, before the Brazilian fired his side ahead – though goalkeeper Martinez probably should have done better having got a strong hand to it.

This Arsenal side are just built different!

Gabriel Martinelli fires the Gunners head immediately after Aston Villa had them pegged back 👊 pic.twitter.com/vN708OMxpJ

Next up for Arsenal is a trip to face Manchester United on Sunday, and speaking after the game, Mikel Arteta was pleased with his side’s reaction to being pegged back.

“I’m really happy with the result. It’s so tough to win in this league,” he told BT Sport.

“The first half was probably one of the best we have played. We could have scored three, four, five. We didn’t kill the game and then in this league, the game is alive.

“In the second half, obviously, the game was a fight. They really stretch you, they play really directly, there are a lot of second balls, actions, fouls and it became a little bit of a transitional game where you don’t finish the actions when you have spaces to attack and they’re going to come at you.

“Without really allowing anything to them – one corner – we conceded a goal and then it’s game on again. But the team reacted again incredibly well and I think we deserved to win the game.”