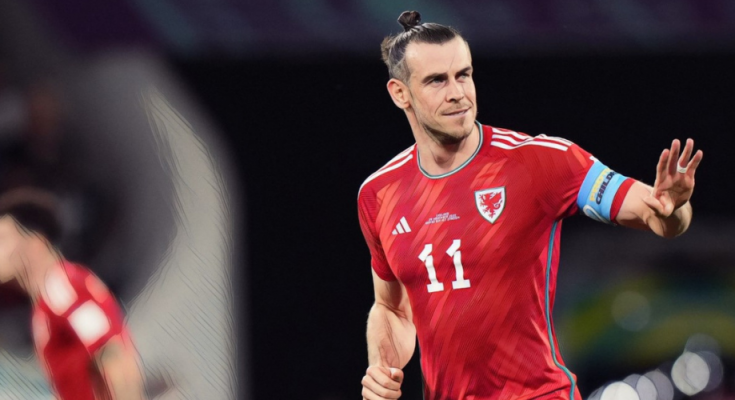 Gareth Bale has vowed to continue with Wales after their World Cup campaign came to a disappointing end with defeat to England.

Wales finished bottom of Group B after a 3-0 loss to England on Tuesday evening, with Bale substituted at half-time after an anonymous first-half performance in which he managed just seven touches.

Wales needed to win by a four-goal margin to progress after failing to beat the USA and Iran and their hopes were ended as England scored two quick-fire goals early in the second period.

Bale admitted that Wales’ performances in Qatar had fallen below expectations, but ruled out the prospect of international retirement and called on his team to regroup ahead of their Euro 2024 qualification campaign.

“Everyone is disappointed, but we are proud of what we achieved to get here. We have to look at how far we have come, but football is difficult – teams go through bad runs, we did not live up to our expectations.

“If you’d said we would be at a World Cup two years ago, we would have pinched ourselves.

“We’re frustrated we would have loved to have played better, but it didn’t happen for us at this tournament. At the last two Euros we got out the group, the expectation was for us to continue that, but football doesn’t work like that.

“I’ll keep going for as long as I can and as long as I’m wanted. We have a qualifying campaign starting in March, we go again.”

Bale said that Wales were disappointed with the defeat to England but spoke on his pride at recent achievements, with the nation having reached a World Cup for the first time since 1958.

“It was tough game against a very good team. We are disappointed in the result but we have to realise we’ve come a long way to get here. We need to be proud of ourselves that we got here. It’s been a long time.

“We’ve given everything and we’ll all walk out of that changing room with our heads held high and proud of what we’ve achieved.

“We are bitterly disappointed, we would love to have done better but the reality is, football is difficult. We have to learn from these experiences and look forward.

“We are in a good spot, we’ve qualified for three of the last four tournaments and we’ve gained invaluable experience, whether we do well in them for not.

“You can always learn and progress. We’ll learn, we’ll regroup. We’ll go again in March for the European qualifiers.”

Bale backed Wales to bounce back from their World Cup exit and hailed the support that Wales have received during their campaign in Qatar.

“It won’t be difficult,” Bale said on Wales’ ability to bounce back.

“The one thing this group does is bounce back very well and the characters in that dressing room are amazing. The togetherness is incredible. We’d love to have done better but we’ll go again in march looking to qualify for another major tournament.

“The fans have been incredible – the fans who are here, the ones at home, we give 100% we’d love to have gone further but we’ve given everything and I think the fans know that. They need to stick with us when we go again in march. We look forward to playing again.”